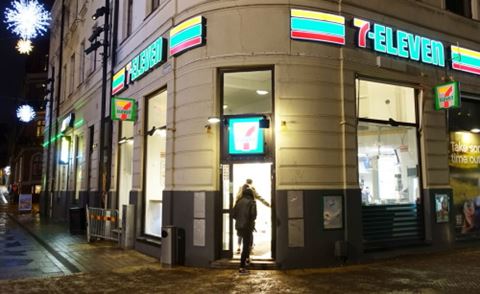 The Danish security company, Protect has seen a huge rise in exports to a number of new markets in regions such as South America and Australia. Protect has also achieved sales in the European market far above its forecasts.

Security fog was virtually unknown when Protect launched its fog cannons 17 years ago – first in Denmark and later across Europe. Today, many businesses and homeowners – as well as most burglars – know how security fog can conceal assets until the guard or police arrive. Sales of Protect fog cannons are therefore steady. Protect is now giving extra focus to unexplored new export markets.

Protect is now an undisputed market leader. Today, Protect A/S exports more than 90 per cent of its production to more than 50 countries worldwide. Furthermore, Protect is working to extend people's knowledge of security fog on new markets. “Several new markets were completely unaware of security fog. But ‘seeing is believing’. When we fire off a fog cannon in the premises of a potential customer, and the owner cannot find his way around his own store, he is usually convinced,” says CEO Poul Dalsgaard. “I believe we have been successful in our export markets because we always have local distributors, and key Danish employees who know the regions, languages and cultures. And of course the fog systems and products have to be faultless.”

Sweden is one of the mature markets, and one country in which Protect is experiencing great export success. Reitan Convenience Sweden AB is in the process of installing Protect fog cannons in most of their approx. one hundred 7-Eleven and 300 Pressbyrån stores spread across Sweden. Only a portion of the fog cannons have been installed, but their effect is already so well known among burglars that the number of break-in attempts, and burglaries has been halved. Reitan’s burglary rate has dropped back to the same level as in 2005.

“Installation is being rolled out in our stores. Since 2013, we have installed the systems in all new stores, and stores that have experienced burglaries. We now have Protect fog cannons in almost 140 of our stores. Many installations also have the Protect Security Sounder siren, which further stresses the burglar,” explains Security Manager Lars Eklund. He is responsible for security in the approx. 300 Pressbyrån stores and seventy-five 7-Eleven shops that are closed at night, and the twenty-five 7-Eleven stores that are open 24 hours a day.

In Lars Eklund’s experience, if a burglar is determined, he will get into a store no matter how well it is secured. But the security fog makes sure that the burglar does not get much of value before the fog hides everything in the store in a matter of seconds.

“The fog has a preventive effect. The burglar knows how effective it is. We therefore erect clear signs indicating ‘security fog protection’, so burglars do not even try to break into. By avoiding broken windows and doors, we save both ‘down time’ and money,” he says. He also notes that only doors and windows which are stocked by suppliers are installed in stores with security fog protection. It is faster and cheaper to replace them if a determined burglar attempts to enter.